Tribeca Resources Chile SpA (“Tribeca Resources”) has completed additional geochemical soil sampling at its Caballo Blanco copper-gold-iron-cobalt project, located in the prolific Chilean Iron Oxide Copper-Gold (IOCG) Belt. The project is located approximately 40 km north of the city of La Serena in the Coquimbo province of Chile (Figure 1). The -80# fraction sampling program was undertaken in June 2018 as follow up sampling to close off previously reported copper in soil anomalism (see news release from 15 January 2018) at its Chirsposo and SE targets. The key results are as follows: 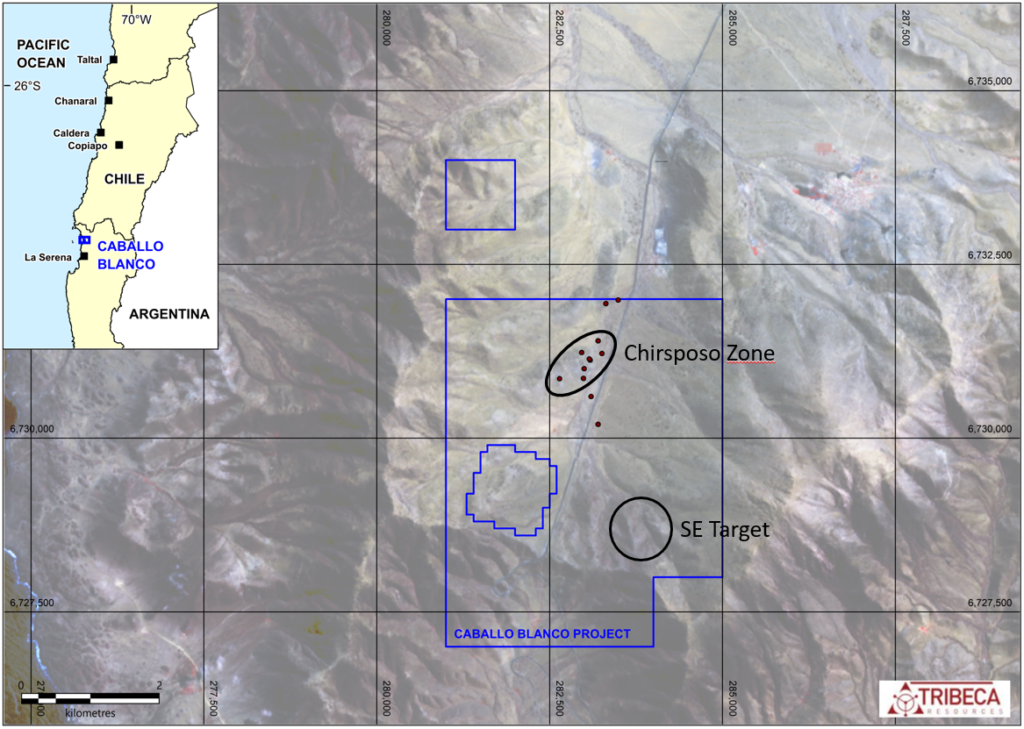 Sampling of an additional three 100m-spaced lines, plus extension sampling to the north on several pre-existing lines, was undertaking utilising a -80# sample fraction. The additional sampling at the western end of the area did not replicate the +500ppm copper values returned from the November 2017 sampling around the historic workings, however it has provided an additional zone of +200ppm copper anomalism, which remains open to the west. The zone of northeast-trending copper anomalism (+200ppm Cu in soil) now extends for 1000m along strike with an approximate 300m width (Figure 2). The anomalism is coincident with mineralised shears hosting iron oxide copper-gold (IOCG) mineralisation, which are present at surface and have been intersected by drilling (see historic drilling documented in the news release dated 4 April 2018).

Importantly, the copper in soil anomalism, which peaks at 1200ppm copper, is open to the northeast where it disappears under thin gravel cover. The best drilling intersection to date at the project is from RC drill hole CAB0006, which was a 200m step out to the northeast under the gravel cover (Figure 2). CAB0006 returned 82m @ 0.35% Cu, 19.2% Fe and 576ppm Co from 64m depth to the end of hole.

Additional sampling is planned to continue to extend the soil grid to the southwest. 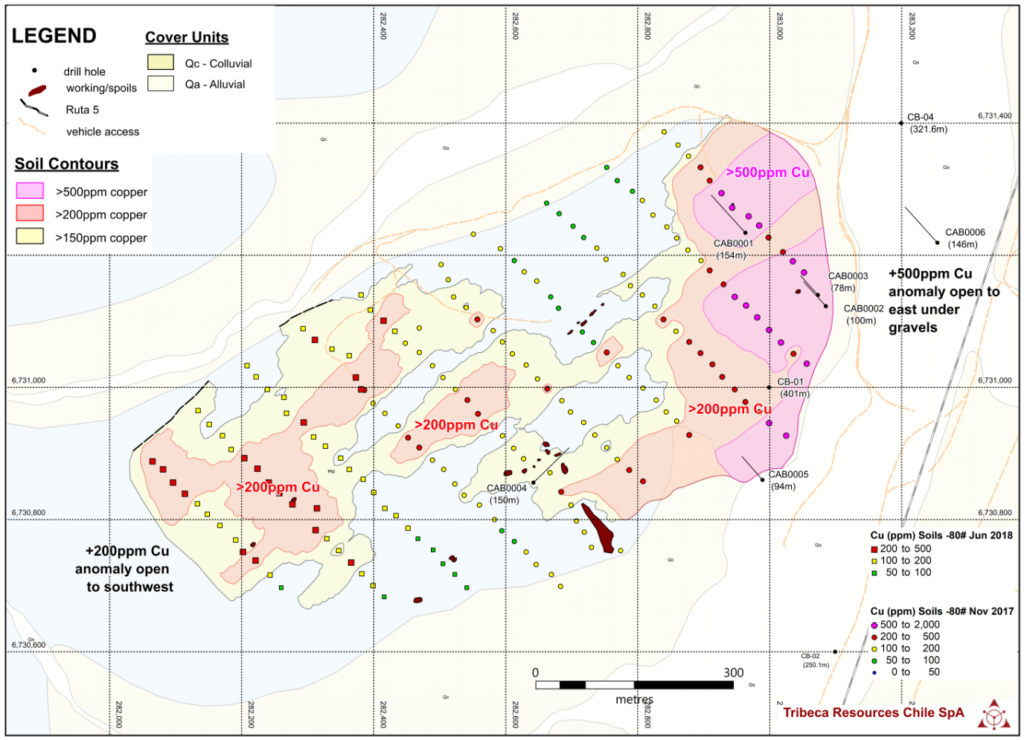 Figure 2: Plot of soil copper results from the Chirsposo Zone -80# sampling (aqua regia digest with ICP-AES analysis). The +500ppm copper anomaly at the eastern end of the survey grid disappears under alluvial cover to the northeast. Copper anomalism is consistent with the surface geology indicating an approximate northeast (050°) orientation to the mineralised shear zones

Additional soil sampling was also undertaken at the SE Target (Figure 1) to follow up two copper anomalous samples (maximum 405ppm Cu) that were encountered on the western margin of the previously reported November 2017 soil sampling program (see news release of 15 January 2018). The follow-up sampling indicates the anomalism does not extend further west and no further work is currently planned for this target. 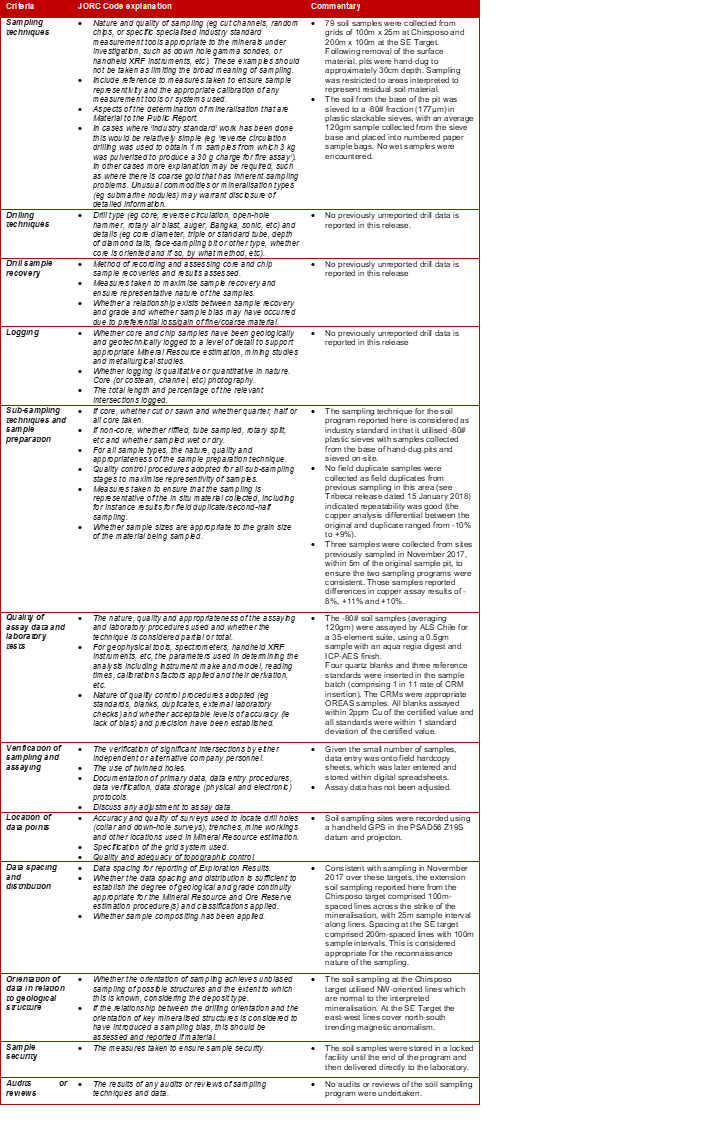 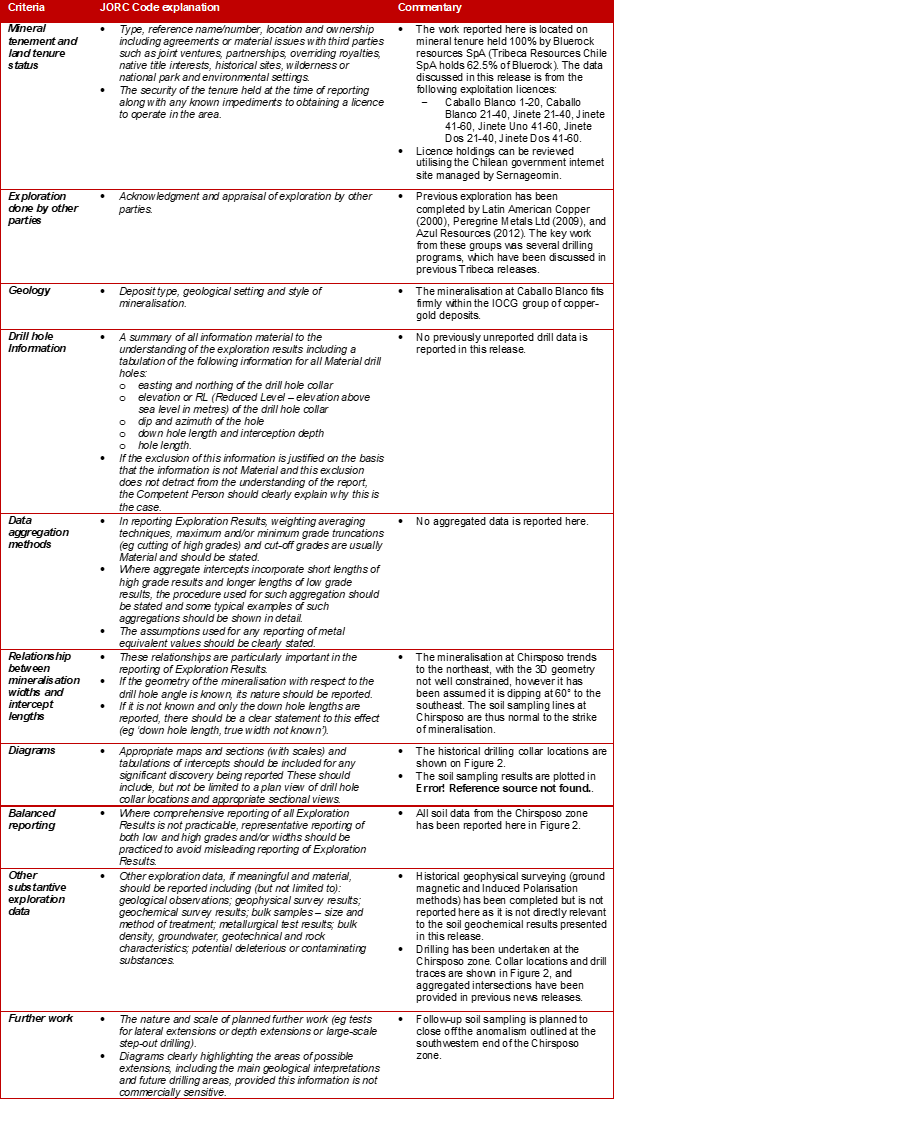